Wet Basement?
We Can Help With That. 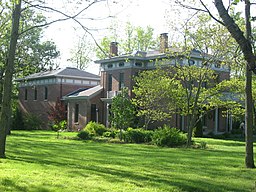 Indiana Foundation Pros is an Indianapolis based company with over 15 years of experience helping Indiana homeowners repair water damage to basements, foundations and crawl spaces. We specialize in restoring damp damaged basements and foundations while helping homeowners protect properties against future recurrences of water damage.

Avon, Indiana gets an average of 41 inches of rain every year coupled with approximately 25 inches of snowfall. An improperly waterproofed basement will allow ground-based moisture to seep in and compromise the concrete supporting your home, regardless of any amount of rainfall. Once water does enter a property, homeowners are then faced with properties suffering structural damage as water freezes and thaws over winter. Worse, homeowners can also be faced with a plethora of health complaints caused by mold and fungus taking hold as a result of high humidity.

If you own a property in which cracks are starting to appear in your foundations, it’s likely that your property has already suffered a degree of damage and may be in need of foundation repair. Either this or your house is still in the process of settling, leading to shifts in the ground beneath your home's foundations. In either case, it’s important to address this issue sooner rather than later. Wall cracks in property foundations can lead to serious structural weaknesses and will only worsen with time.

An improperly sealed crawl space beneath your home can be a haven for burrowing animals in winter. However, unsealed crawl spaces can also lead to heat escaping from your home as well as provide access for excessive dampness. This, in turn, can lead to mold and mildew taking hold, not to mention fungus which can quickly spread throughout an entire property. Crawl space encapsulation protects your home from the outside elements, keeping your foundation dry and healthy.

Avon was first settled at around 1830 and was actually called Hampton when the first United States Post Office was established in 1833. Prior to being settled by incoming European communities, Avon was also considered a prime hunting ground by both the Delaware and Piankishaw Indians. Today Avon, In is located in Hendricks County, and boasts a population of 12,446.